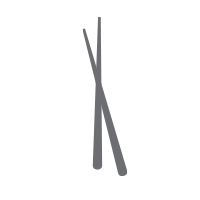 Posted at 14:01h in Press, Uncategorized by tabushabu

At new Tabu Shabu restaurant in Carlsbad, customers cook their own proteins and vegetables in a pot of steaming hot broth in the Japanese shabu-shabu style.

As the pandemic hopefully begins to wane, the pace of new restaurant openings has increased. Here’s a look at several new projects that have opened this month.

Tabu Shabu, a hot pot restaurant, opened in mid-March in The Square at Bressi Ranch center in Carlsbad. It’s the 9-year-old Orange County chain’s second San Diego County location, following North Park. Named for the Japanese cooking style of shabu-shabu, which translates as “swish-swish,” the restaurant has cooktop tables where diners cook their own meats, seafood and vegetables by swishing them around in a pot of steaming broth. The restaurant is at 2674 Gateway Road, Suite 190, Carlsbad. For details, visit tabushabu.com.

Marinade your protein, cook it to your liking and

Start your meal with sake, swish dip and repeat, g

Don't forget to eat your tofu and dumplings! 🤭

Join our Tabu Shabu Rewards Program! For every $1

What are you cooking for dinner tonight? Let's coo

Fresh start to a new year! Eating healthy does not

The Tabu Shabu team would like to thank you for an

We have your rainy day solution! 🌧️😙 🎄

Just a reminder! We are closed for Christmas Eve a

BTS of our founder/ceo Jeff trimming the highest l

Are you craving for some Japanese hot pot? We alwa

Nothing beats spending time with your family, espe